You are here:
Tires and Wheels

A vehicle’s performance is dependent on the vehicle itself—its brakes, engine, weight, and drivetrain setup all have massive impacts on how a vehicle handles. But no matter how well your vehicle performs, its tires can make or break its handling and safety. The right tires make a huge difference, but no matter what kind of tire you have, the tread depth is of vital importance to how well your car performs.

How much tire wear is normal? When should you worry about tread depth? And how can you determine what counts as a bald tire? Kennedy Transmission has the answers.

According to Minnesota statue 169.723, the law requires a tire tread depth of 2/32 of an inch—or 1.6 millimeters in metric measurement—that is measured in the centermost tread groove at three distinct locations around the tire. This applies to non-commercial vehicles, and matches up with the Federal Department of Transportation, which also stipulates that tread depth be at least 2/32 of an inch.

How to Tell Your Tread Depth

There are three ways to easily tell your tire tread depth:

What Happens if You Have Bald Tires?

While the science and engineering that goes into tire tread patterns can quickly get complicated, the basic principles are simple. A tire’s job is twofold. First, it must create friction between its surface and the road, which helps turning, acceleration, and braking. Second, the grooves—or tread pattern—are designed to expel water from the tire, which in turn prevents hydroplaning. Hydroplaning happens when a film of water prevents your tires from making direct contact with the road, and this dangerous lack of traction causes a loss of steering and brake control.

When your tire tread wears away to very little or no depth, when they are termed as “bald’ tires, your tire becomes less able to perform both of its main jobs. Less tread means less traction, which primarily affects braking distance as well as winter weather driving performance. Less tread also means that your tire is less able to siphon water away in wet conditions, which means that your car is more likely to hydroplane.

For Minnesota drivers who encounter snowy and icy conditions more than the average American, it’s crucial that your tire has enough tread depth. Even winter tires without enough tread depth won’t do their job. 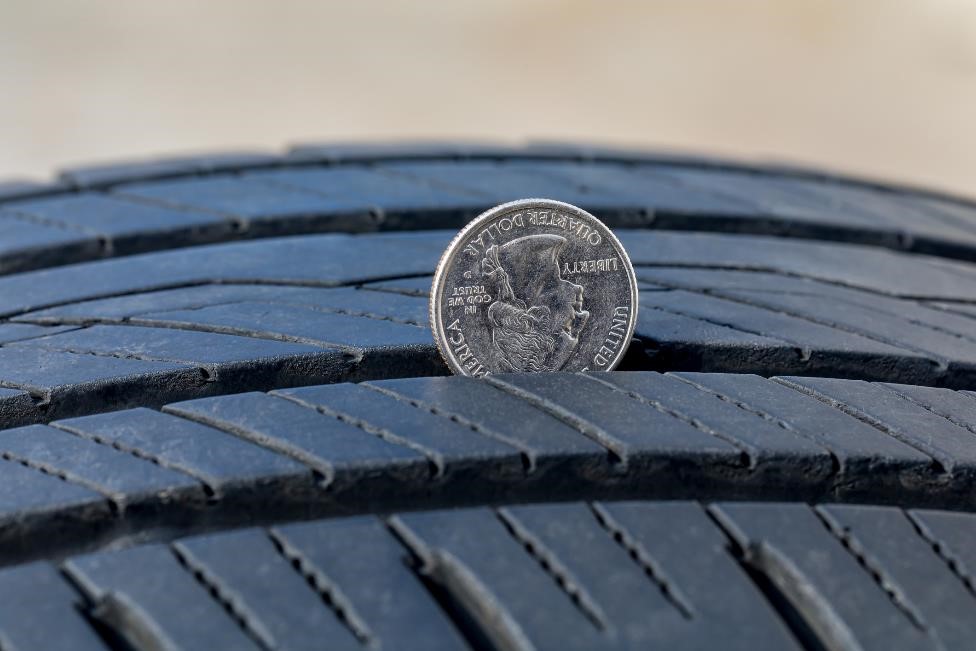 Put Your Tires in the Care of a Kennedy Specialist

A good set of tires can make your vehicle quieter, safer, and more comfortable. But tires aren’t cheap, and it makes plenty of economic sense to use your tires for their entire service life. Still, taking care of your car means taking care of and keeping track of your tires.

Here at Kennedy Transmission, we can help you make the decision about which tire to buy, as well as let you know when your tire tread depth is too low and install your tires for you. Need some help? Stop by one of our Minnesota auto shops today.

Why All Wheel Drive Doesn’t Make Your Car Invincible in Winter Weather
January 18, 2021

Should I Pick All-Season or Summer Tires After Winter?
May 22, 2019